Brett Kroeger is a dynamic, versatile performer who is comfortable in all musical genres, everything from opera and operetta to cabaret and musical theater to art song recitals or singing the National Anthem in a sports arena. Over the past seven years, she has been a featured lead with Troupers Light Opera of Connecticut, performing in their fall and spring shows. She also collaborated with Broadway pianist and musical director Christopher Denny to produce and perform “Over There: Greatest Hits of the Great War” in commemoration of the 100th Anniversary of World War I, performed throughout the tri-state area.

Upcoming is her operetta role as Cassilda in the 2020 Troupers Light Opera presentation of  Gilbert & Sullivan’s Gondoliers. Recent performances include the role of Rose Maybud in Rudigore , also with Troupers; as Amahl’s mother in Gian Carlo Menotti’s Amahl and the Night Visitors with the American Chamber Orchestra and Troupers; and as Amiam in the relocated Il Mikado, a version set in Renaissance Milan. She has also appeared as Josephine in the HMS Pinafore, as Mercury in Thespis, Constance in The Sorcerer, Angela in Patience, Edith in Pirates of Penzance, Gretchen in The Red Mill, all with Troupers. She also sang Gilbert & Sullivan selections with the American Chamber Orchestra in concert in Fairfield, CT, and has appeared as Flora and Annina in La Traviata (LDTS Temple, New York, Bill Schuman Presents); Thisbe in Cenerentola and Micaela in Carmen (Consulate General of Argentina) and, for the Manhattan Opera Repertory Company, as Tatiana in Eugene Onegin, Pamina in Die Zauberflöte, Sandman/Dewfairy in Hansel and Gretel, and Marguerite in Faust. As a resident artist with DiCapo Opera, she appeared as Julie in Dangerous Liaisons, Sylviane in The Merry Widow and the premier novice in Suor Angelica.

Other highlights: appearances in many soprano roles with the New York City Gilbert & Sullivan singers for the Westport Women’s Club and an appearance with the Connecticut G&S Society and the ACO, the American Chamber Orchestra, and in New York City. She had a featured spot at the release show for the new CD of the Bret Williams quartet singing Villa Lobos’s “Bachianas Brasileiras No.5” and performed the National Anthem for a televised game of the Connecticut Whale of the National Women’s Hockey League. She was the featured vocalist at La Fenice in Venice for Hebrew University’s European conference on “The Song of Songs.”

Other credits: A solo performances in the Absolute Ensemble’s U.S. premier of Daniel Schnyder’s Casanova and in Robert Cuckson’s “Cantata on Acadian Texts” with the Columbia University Bach Society. She has given solo recitals during summer festivals of Forte dei Marmi, Pietrasanta and Camogli, Italy, at the Istituto di Cultura in New York City and has appeared in concerts with the Richard Tucker Foundation at Christ’s and St. Stephen’s Episcopal Church and at recitals for New York University and for Concordia College. 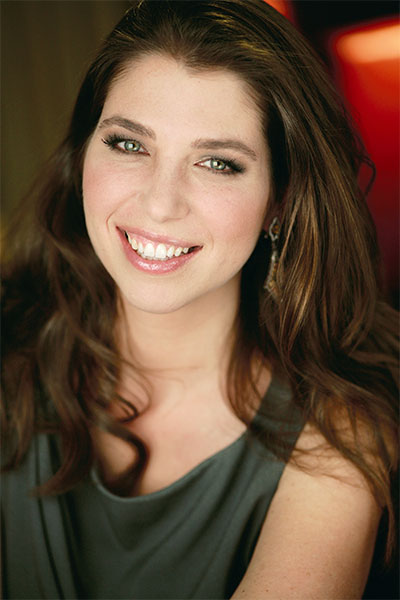