“As in seasons past, Brett Kroeger is a master of voice, character, and wit. Her portrayal of Rose Maybud, who is the central love interest here, tacks variously with the emotional winds, though in each direction, short lived as it may be, she is genuinely sincere. Rose is often more erudite than her circumstances as an orphan suggest (Gilbert’s dialogue) and more sentimental and honest (through Sullivan’s music), despite of some of the silly things she comes out with (again, Gilbert’s dialogue). Kroeger’s stage presence is always in the moment, emotions always up front, giving three dimensions to a potentially two dimensional character. Brava!” OperaMetro.com, April 10, 2019

“As in H.M.S. Pinafore last season, the cast here is particularly strong. David Richy, as Niccolù, and Brett Kroeger, as Amiam, effortlessly fill the hall with their ebullient sound. Richy’s voice is more evenly placed over his vocal range, giving it a fine sheen; once again Kroeger is totally and delightfully square into the G & S style, both vocally and dramatically, radiant as the sun and moon she sings about. Under the direction of Keith Miller, each creates a believable character, but they also partner well with each other through the many tests their relationship must endure over the course of the opera.” Opera-Metro review, April 16, 2018.

“Opera with a Twist at the Norwalk Concert Hall,””David Richy, of Pelham, N.Y., and Brett Kroeger, of Riverside, star in the Troupers Light Opera Company’s performance of Gilbert and Sullivan’s Mikado, April 14 and 21 at Norwalk Concert Hall.” The Hour, April 4, 2018.

“But I digress. Brett, I must say I enjoyed the interesting little details you gave to Josephine’s personality last season.” – Opera-Metro, March 9, 2018.

“As far as the principal cast, they were uniformly excellent. Brett Kroeger portrayed Josephine and was very impressive in both her arias.” — John E. Dreslin, D.M.D. in the Trumpet Bray: a publication of the New England Gilbert & Sullivan Society, June 2017. Reviewing HMS Pinafore, Wall Street Theater, Norwalk, April 2, 2017.

“. . . Brett Kroeger sings beautifully throughout. No surprise here, for she conspicuously enjoys each moment and the role indeed indeed fits her voice like a glove. Equally important is that she creates a portrait of such an one who transitions from an emotionally conflicted daughter to the sure and certain young woman in love. Throughout she tastefully channels her inner Carol Burnett and plays the add-on bits well. . . . ” – Opera Metro review (April 5, 2017) of HMS Pinafore, Wall Street Theater, Norwalk, April 2, 2017.

“Central to the action is the young spunky god Mercury, who, as the messenger for the gods, acts as a go-between twixt them and the mortals. It’s a large part, a trouser role originally written for a shapely Ellen Farren, whose tights played much better on stage than her voice apparently. Mercury here is indeed a large part, but happily something of a breakout performance for Brett Kroeger. In past Troupers’ productions, she frequently played just another girl waiting to be wed, like, for instance, Constance in The Sorcerer this past spring. But as Mercury Kroeger has a real chance to shine, especially in the big patter songs and in the prodigious amounts of dialog, which she delivered with cool and panache. Ample in voice, but no tights here: her lithe frame, jeans, sneakers, cap, penciled-in stubble and an overall zip in everything she delivered contributed much to her character’s success. Brava!” OperaMetro review of Thespis, November 11, 2016.

OperaMetro interviews wtih Brett and other castmates (Brett in red) in the Troupers’ Light Opera production of Thespis, November 5-6, 2016.

‘”Kroeger’s contributions are conspicuous every moment she is on stage. She sobs well too.” OperaMetro on Brett as Constance in the Troupers’ Light Opera production of The Sorcerer, April 16, 2016.

OperaMetro interview with Brett and the other principals in the Troupers’ Light Opera production of The Sorcerer,  April 2, 2016.

“Soprano Brett Kroeger will be taking the stage in the Troupers’ Light Opera production of The Sorcerer. . .” The Greenwich Post,  March 28, 2016.

Over There Greatest Hits in the Hamptons May 23, 2015 in the Tom Twomey Series of the East Hampton Library.

Learn about Over There Greatest Hits with Brett Kroeger, Soprano and Christopher Denny, Piano.” Hamptons.com 8 April 2015.

“A totally pleasing and enlightening hour of song, insights, history and memories . . . Kroeger’s singing, expression, and overall joie de vivre made for an entertaining and at times very touching experience . . . which brought an adoring audience to their feet.” Operametro.com review of “Over There” Greenwich performance of December 13, 2014, posted December 17, 2014 and Interview, November 2014.

“Regional audiences will remember her sparkling rendition of Gretchen in . . . Victor Herbert’s The Red Mill” – Q&A with Brett by Operametro.com, 17 November 2014 and all about the upcoming “Over There: Greatest Hits of the Great War.” [Permalink here]

Press releases of December 3, November 3  and October 6, 2014 for OVER THERE: Greatest Hits of the Great War, December 7, 2014 (private performance) Liederkranz of NYC, December 13, 2014, (free and open to the public) Greenwich Arts Council, Greenwich CT, and May 23, 2015 East Hampton Library, East Hampton NY.

Brett in the Connecticut Post, May 10, 2014, speaking at Bridgeport Central High School about Renaissance music during an outreach program at the Greenwich Art Society.

Brett in The Stamford Advocate, in advance of Pirates of Penzance. April 13, 2014

“Soprano Brett Kroeger’s lovely voice shines in its upper range, especially in her musings on moonbeams from the upper floor of the Red Mill.” The Stamford Advocate, April 8, 2013

“Brett Kroeger, as Sandman/Dewfairy . . . brought a motherly warmth to the two roles that made you believe she really was the children’s beautiful guardian angel.” Blogcritics, December 31, 2009

“Brett Kroeger wowed the judges as well as the spectators with her rendition of ‘Somewhere Over the Rainbow’ to win the Hampton Classic/WLIU 88.3 FM National Anthem Competition . . . ” Horses Daily, August 26, 2007

“Brett Kroeger wowed the judges as well as the spectators with her rendition of ‘Somewhere Over the Rainbow’ to win the Hampton Classic/WLIU 88.3 FM National Anthem Competition . . . ” Boulevard, October-November 2007 and Horses Daily, August 26, 2007 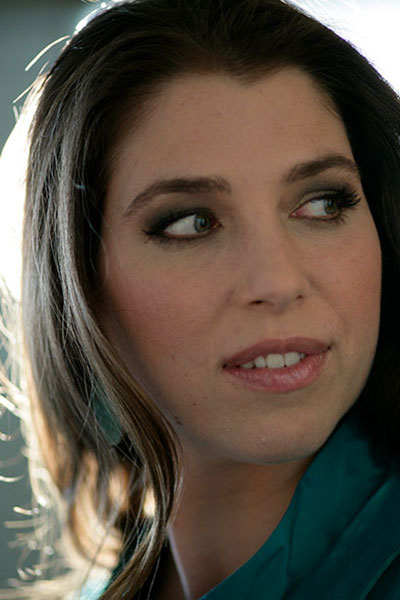